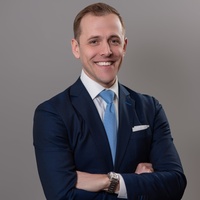 Loren began his career in the wealth management industry in 2008. He graduated with a bachelor’s degree in finance from Butler University, where he also competed on the Bulldogs’ men’s cross-country and track teams. Loren is a CERTIFIED FINANCIAL PLANNER™ professional.  He also has a certificate from the Wealth Planning Essentials Program at the University of Pennsylvania’s Wharton School and has earned state and nationwide recognition for his work as a financial advisor.  Loren was named a “Top 40 Under 40” wealth advisor by On Wall Street magazine in 2018, 2019 and 2021.  He was also ranked #25 on Forbes’ “Best-In-State Wealth Advisors” list in the state of Indiana in 2021.

Loren is deeply committed to his family and community involvement. He has served at the board level in a number of philanthropic and civic organizations, and even served a term as an At-Large Johnson County Councilor. He is currently active with the Bloomington Rotary Club, Butler University’s Student Managed Investment Fund, Project 44, and Butler University’s Board of Visitors. In 2019, Loren and his wife, Morgan, received the Foundation Award from Butler University, which honors a person or couple (age 40 or younger) who personify the Butler spirit by demonstrating leadership and generosity to the university. Loren is an avid distance runner and enjoys playing golf. Loren and Morgan live in downtown Indianapolis with their sons, Coleman and Lawson and English bulldog, Franklin.