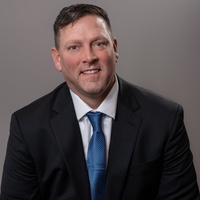 Before joining the wealth management industry in 2014, Ryan worked for seven years in Indiana University’s Proton Therapy Center. There, in the medical physics department, he simulated treatments for the center’s patients. A lifelong resident of Bloomington, Ryan graduated from the University of Southern Indiana with a bachelor’s degree in management and completed his MBA in 2014.

In a city and state known to be a bit crazy about basketball, Ryan and his twin brother were members of the 1997 Bloomington High School North state championship team – the last single class champion in Indiana.  Ryan is active in several local philanthropic organizations. A sports fanatic, he has coached a number of youth athletic teams in the community and also enjoys watching his three children and their sports teams compete.